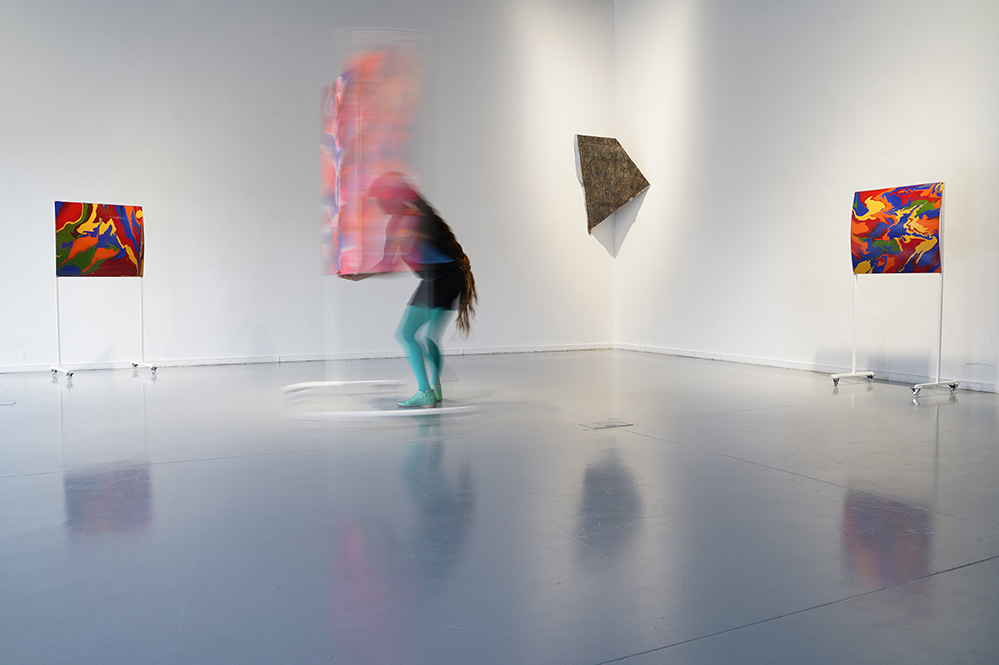 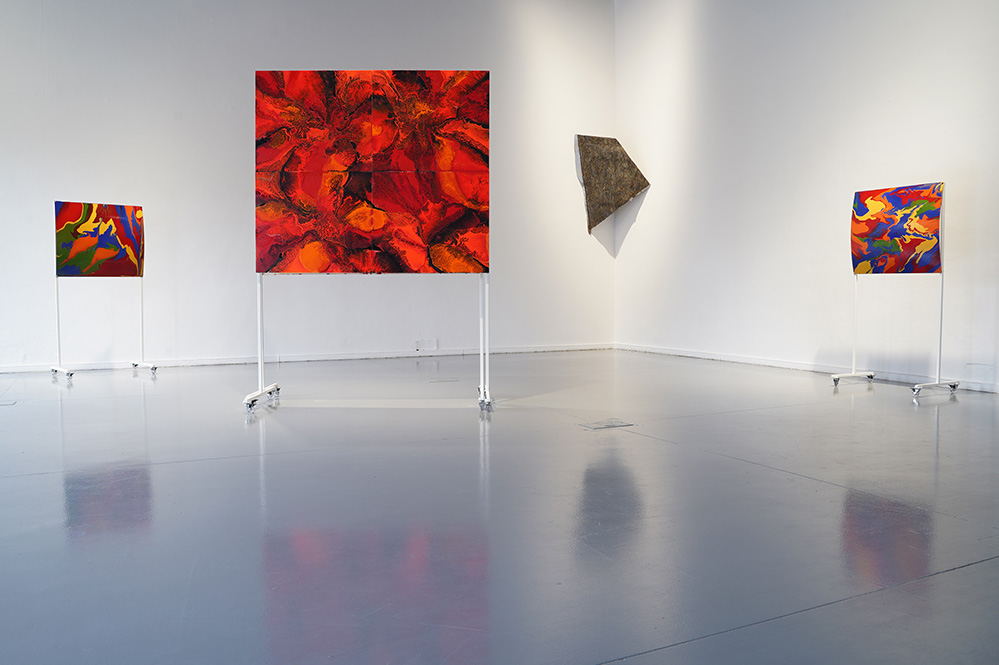 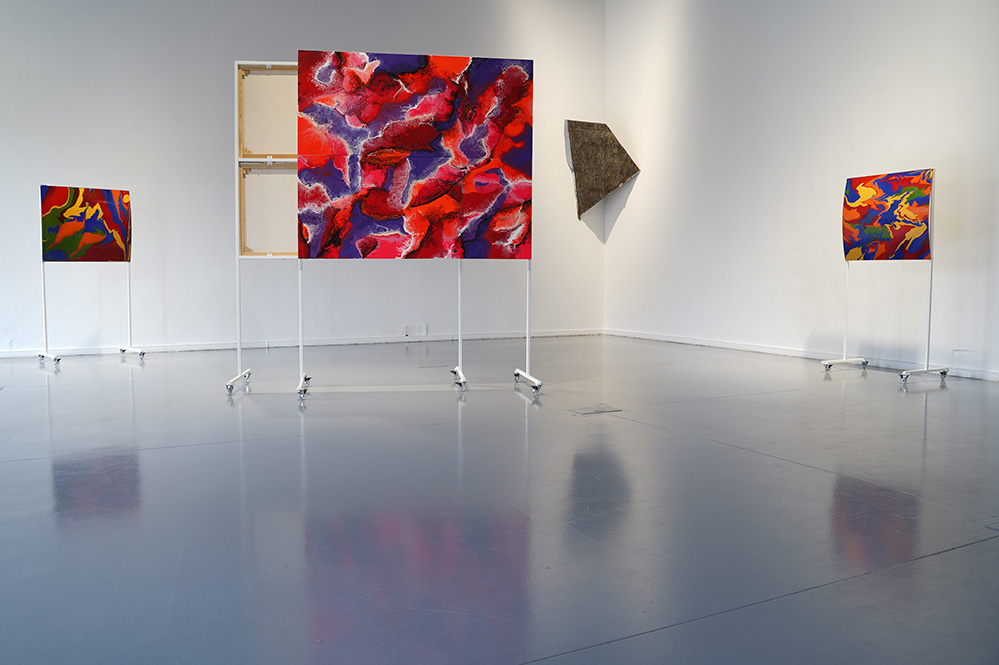 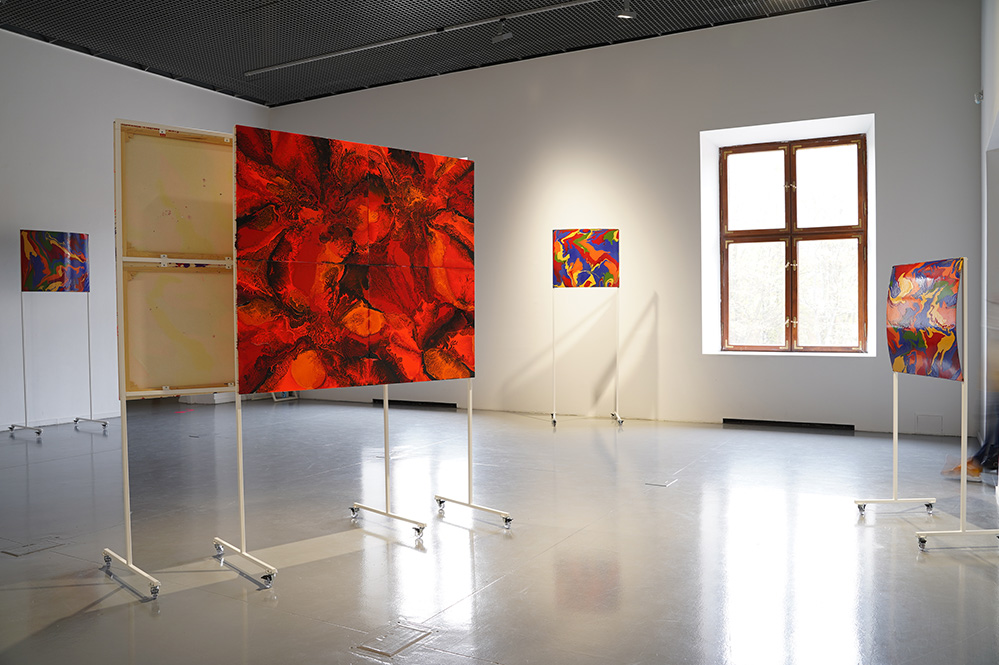 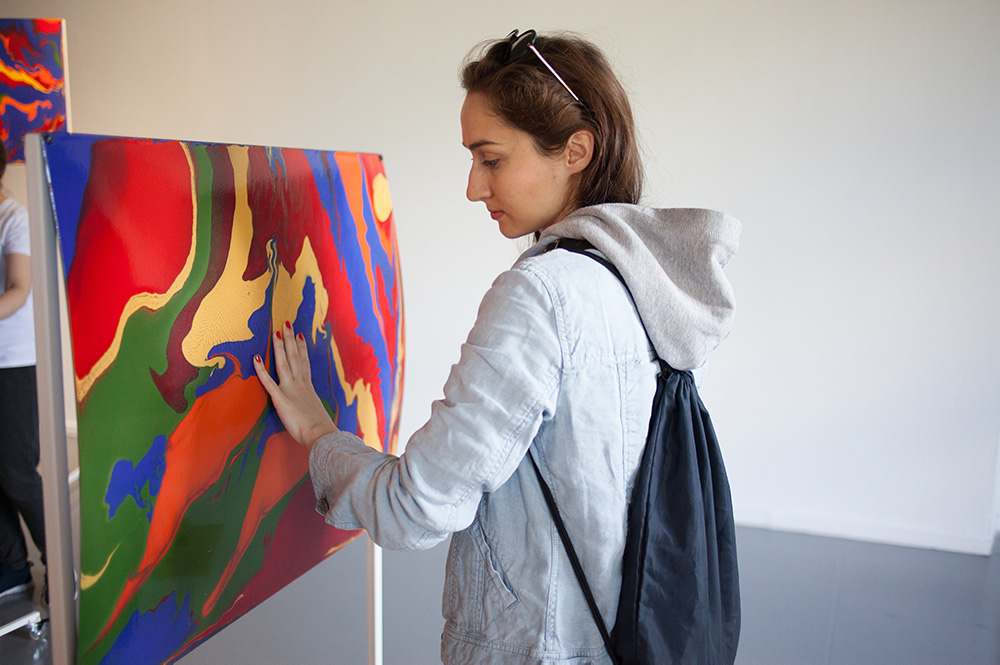 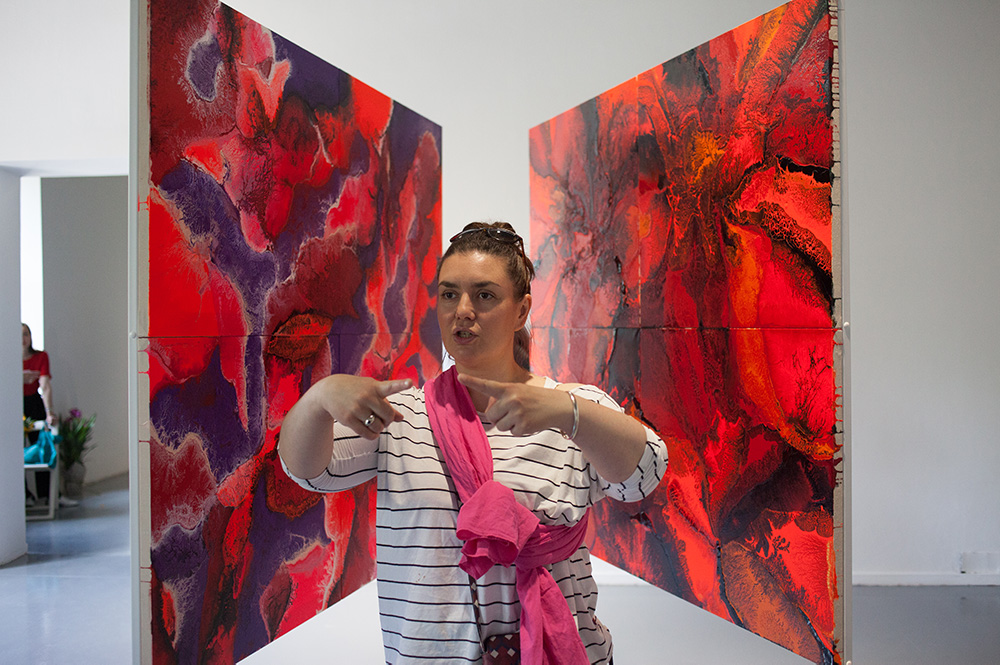 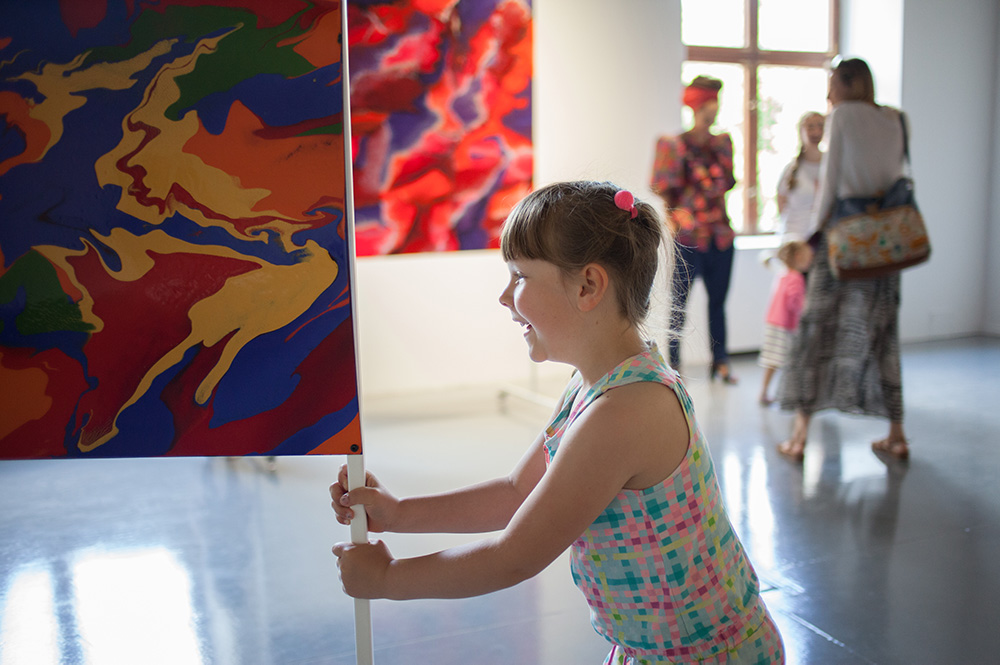 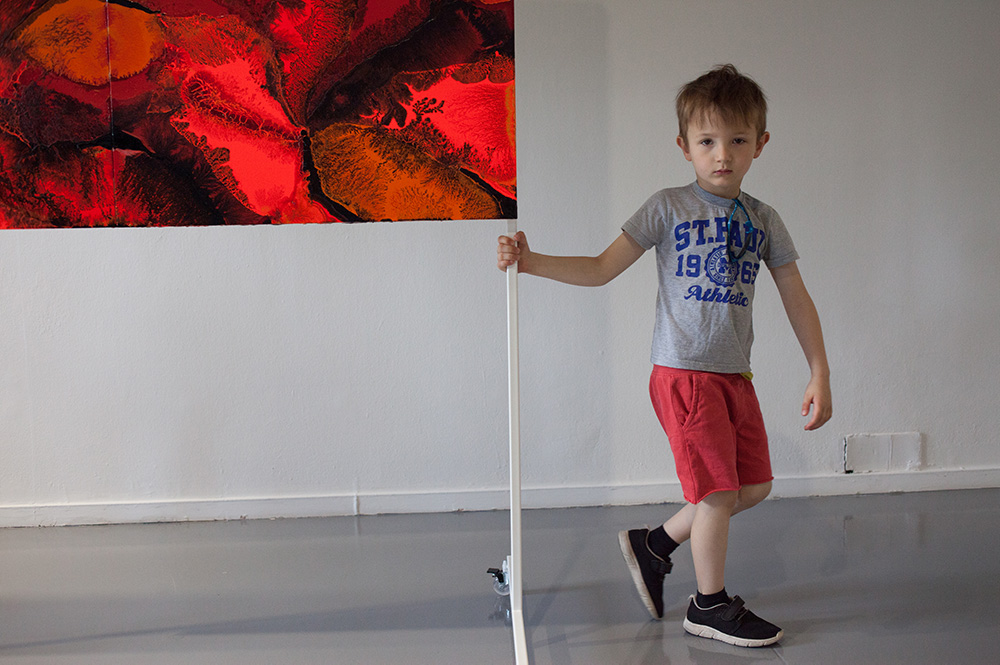 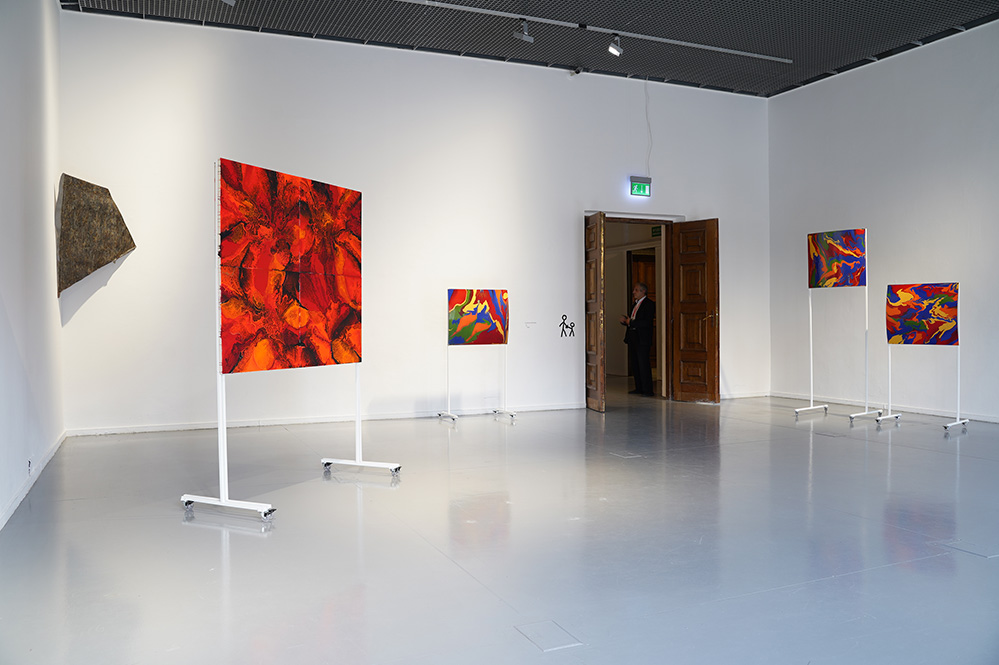 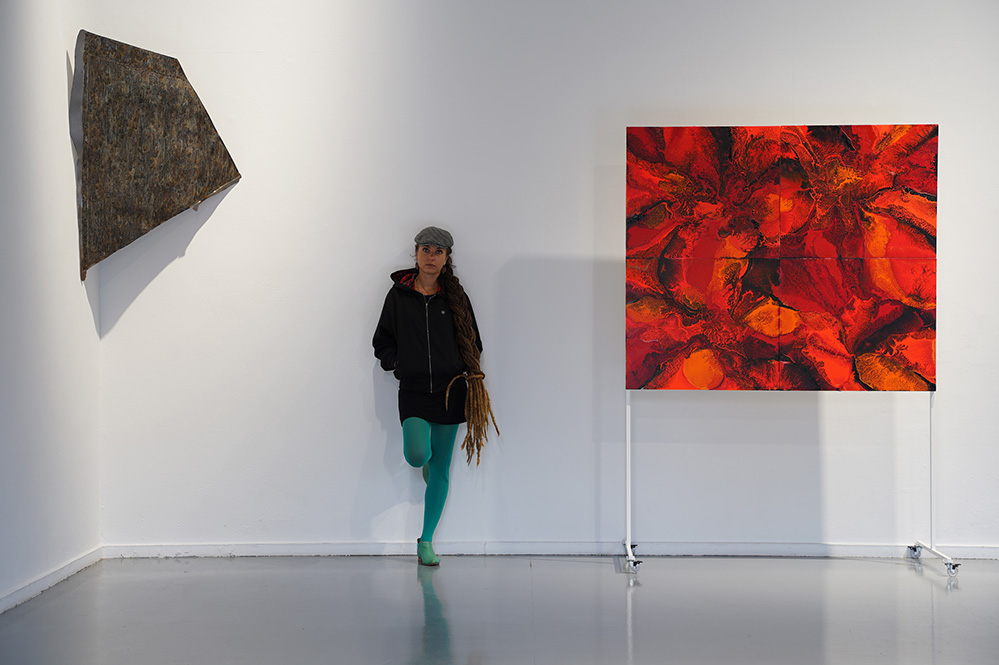 The object suspended at the intersection of two walls is an immobile hieroglyph of historical memory, shibboleth Ż, a relic stopping the viewer’s perception on the irreversible, non-erasable fact of the Shoah, the epiphany of which is Treblinka here – a place of the beginning of the story about evil, which the artist resumes as a deposit handed over by her ancestors. This is a story which never dies, being endlessly recreated in ever new mutations, and referring also to the present time.

The surface of the object/metal plate, furrowed with the traces of welding, ends between the old and the new borderline of the camp, a result of broadening our knowledge of this place’s actual topography, and a symbol of memory as an archive. The texture of the object, its austerity, and the way of displaying it bring to mind the staging techniques of Malewicz and Russian icon painters. Sharing the aura of holiness with them, they sacralize the gallery’s space, in which Zuzanna Hertzberg is carrying out an intriguing experiment.

This sacralization disperses when paintings, placed on movable display stands, appear in the field of vision. The exhibition, originally intended as a scene of intervention for the visually impaired, who experience reality by the contrast of colours, haptics of the surface and, above all, movement aided by touch, was eventually defined as a project for children. However, Touching Art – the contact with the work of art and manipulation of objects – paradoxically provided a platform for exercises in the domain of historical memory, becoming a point of departure for reflection on the logics of reading it, rewriting, processing and moving towards a minority interpretation, a controversial interpretation, regaining obliterated motifs, and facts, inconvenient for unified narration.

The Ż syndrome is a peculiar Lacanian point de capiton, which sews together the pluralism of stories about the Holocaust. Children and the disabled symbolize communicators of the excluded version of this story – the herstorical and multichannel tradition, finding and processing the archival resources in such a way that the voices of nonnormative minorities and ethnic “handicapped” can be heard, despite tribal sagas of identity separating us from testimonies.

And thus, the element of games and fun, designed for the free expositional creativity of children, suddenly becomes a matter for adults. Painting objects of varied colours and textures (from canvas to enamel fired on a metal sheet, which meant life and survival in death camps, because even butchers needed the works of dexterous Jewish hands and Jewish ingenuity) make us believe that we are still in a gallery, trapped in the act of contemplation and arbitrary arrangement. This ostensible calmness of contemplation is disrupted by two big canvases, in which Zuzanna Hertzberg dialogues with the history of the visuality of suffering and survival. The axis of this dialogue is Alina Szapocznikow’s heritage, a biomorphic record of the trauma of medical experiments conducted during the Holocaust. The artist refers to it, recreating the shapes of diseases, carcinogenesis, infertility. This is a peculiar atlas of the great survivor’s memory, in which the element of painterly transposition of resinousness and plastic, deathbed rituals, and darkness lightened up by the will to live plays a dominant role. The aesthetics of Herbarium by Szapocznikow is an archaeological point of reference here, an inspiration to pose questions about history, while the mobility of display stands represents memory, whose genotype is affection.

The Ż project constitutes a visual essay – an attempt to write about pictures and think about the boundaries of the exhibition.

With a gesture which we already know from her numerous other actions, the artist takes us outside the gallery’s walls into the field of social mechanisms of managing memory, both collective and individual, the archive of which is her own experience, anarchic and asocial.