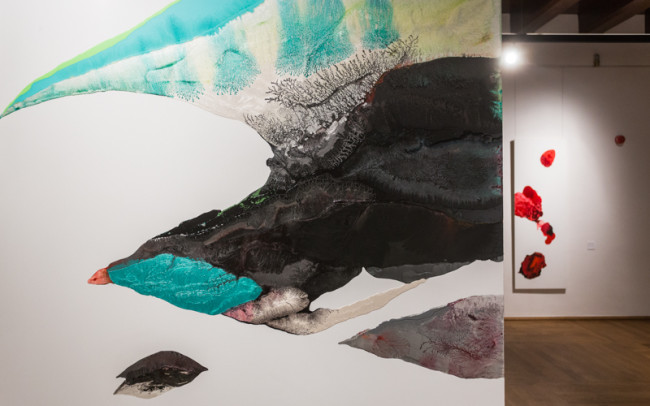 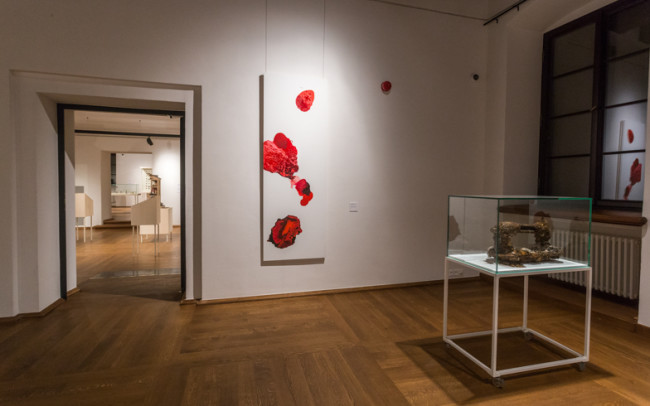 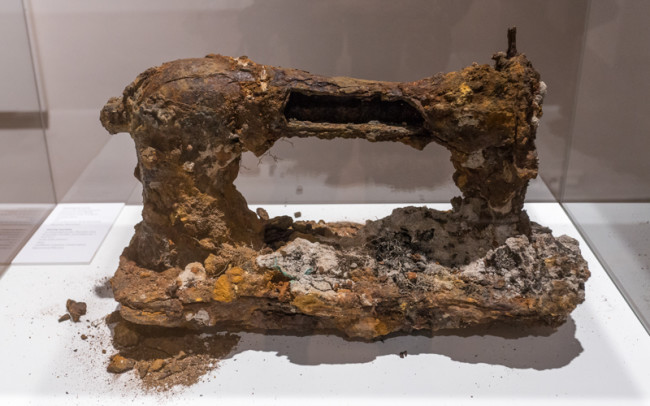 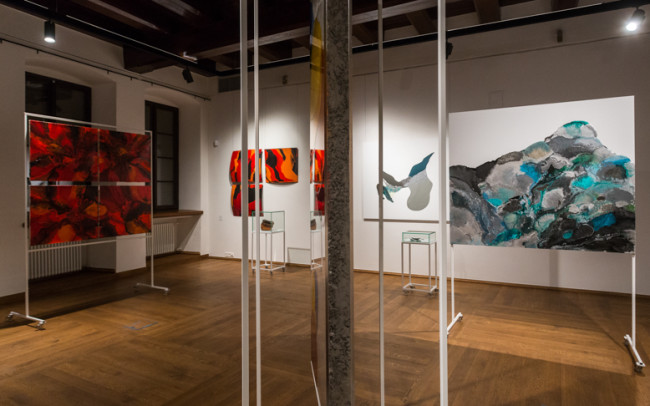 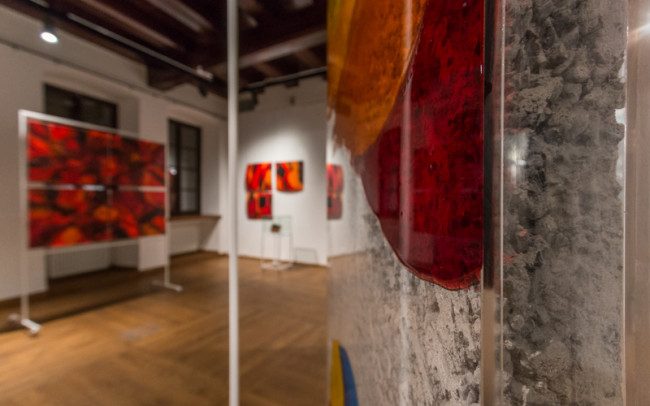 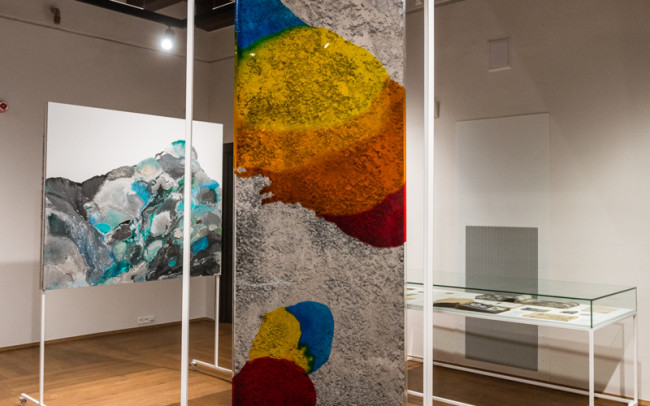 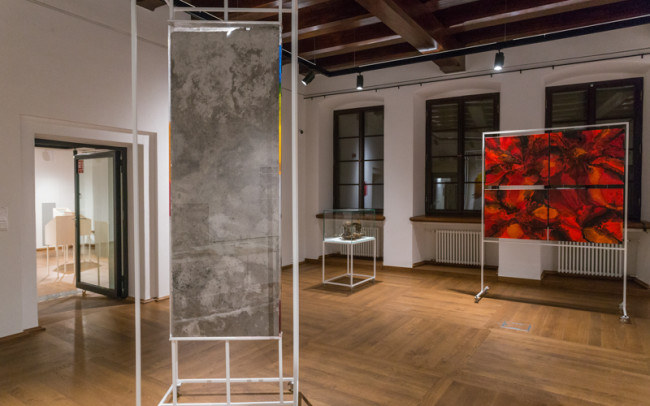 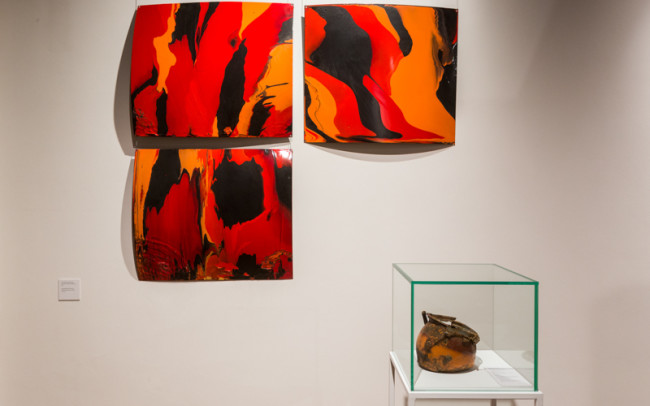 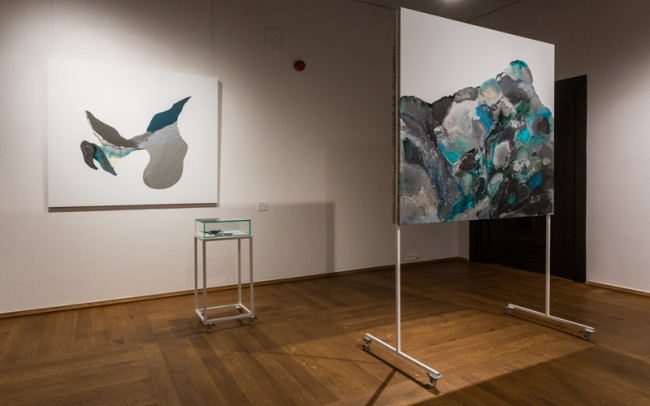 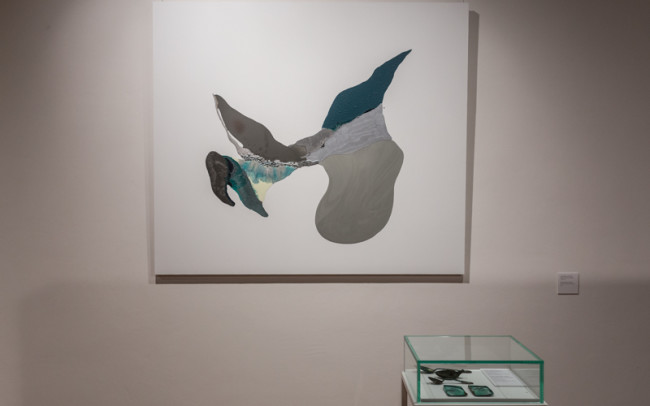 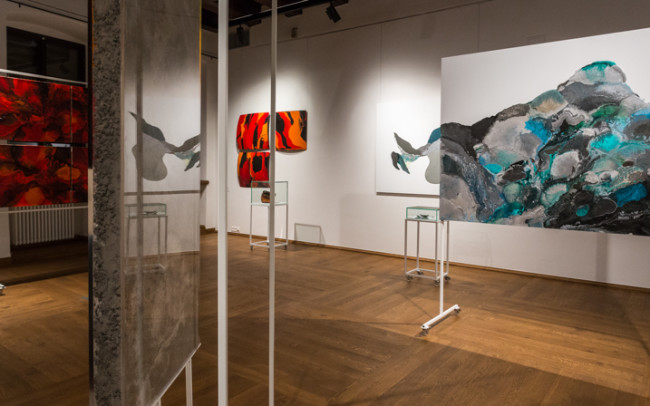 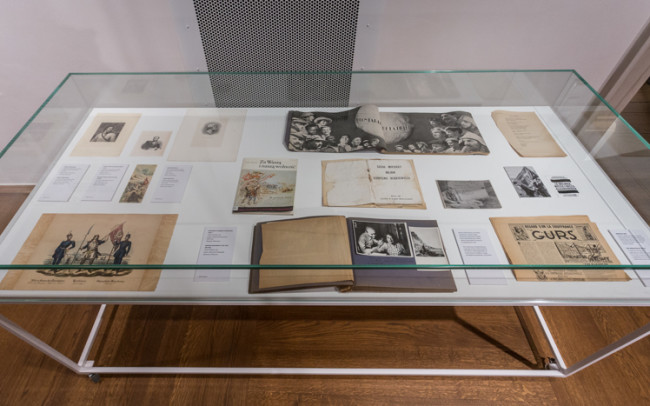 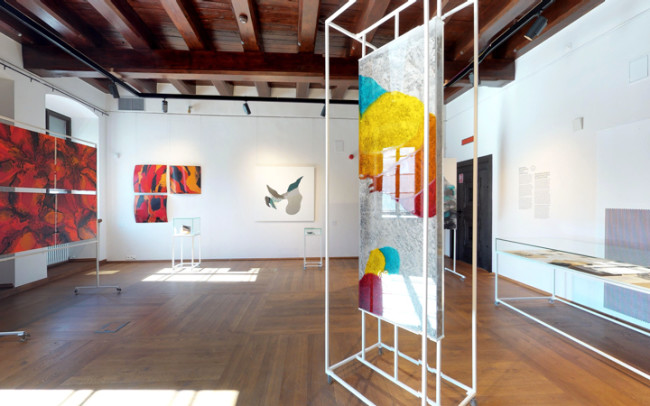 The project A Microcosm Of Things is a creative interpretation of objects found throughout 2015 in the area of Warsaw Ghetto during the search of the Bund’s Archive.

I selected objects from the Museum of Warsaw’s Archeology Department. In this project I used them as a starting point for a new body of works which derives inspiration from the objects appearance, condition, textures, colors as well as the places in which they were found. In the exhibition space the archeological remains are juxtaposed with my own work as an attempt to tell their story from a contemporary perspective.

I also created a glass-case entitled “Migration of Ideas” where I placed materials from my own and the museum’s collections, illustrating the functioning of the “For freedom yours and ours” slogan. This slogan had originated with the Thaddeus Kosciuszko’s uprising of 1794 and continued throughout the works of Adam Mickiewicz, as a motto of International Brigades fighting in the Spanish Civil War and that of the Warsaw Ghetto Uprising, until its use in the Anti-Fascist demonstration in Warsaw.